The normally colorful and reflective diamond will be reduced to a flat black spot.

To pull off her stunning illusion, Strebe has teamed up with scientist Brian Wardle of the Massachusetts Institute of Technology, where Strebe is the artist-in-residence. Wardle is credited with developing a substance made of carbon nanotubes that absorbs 99.965% of light, creating the blackest black material on earth.

With the diamond shrouded in this material, it will cast no shadows and lose dimensionality — rendering it virtually invisible to the naked eye. It's the closest thing to experiencing a black hole on earth. With no light reflected back from the object, one's brain paints it as pure black.

Interestingly, the diamond and its nanotube shroud are both composed of the same element — carbon — but present the opposite extremes when exposed to light. Diamonds are extraordinarily reflective, while the carbon nanotubes are unusually light-absorptive.

A few years ago, "Vantablack" made news when it was introduced as a carbon nanotube-based material that absorbed 99.6% of light. 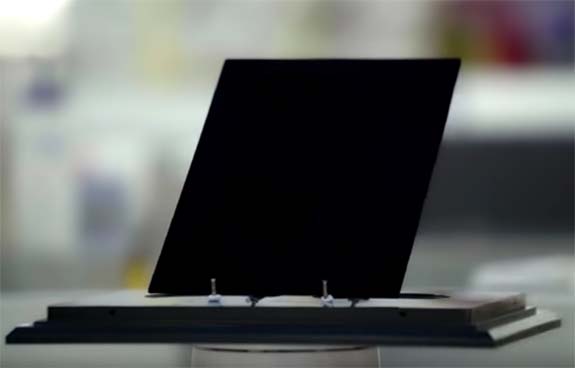 The sole right to use Vantablack was acquired by British sculptor Anish Kapoor, which sparked a controversy among other artists who wished to work with it. Since then, Wardle developed a different composition of carbon nanotubes, which will be available for any artist to use. 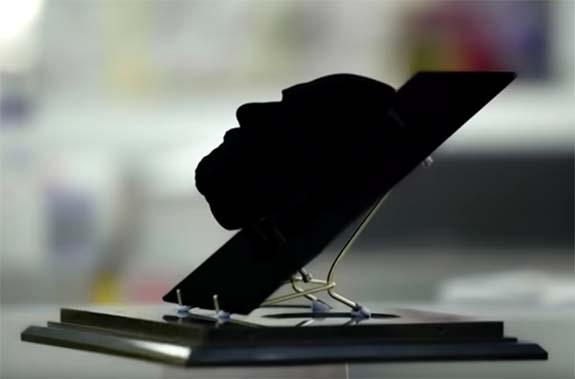 Strebe's art installation, called "The Redemption of Vanity," will be on view at the New York Stock Exchange from September 13 to November 25. It will be presented in coordination with the MIT Center for Art, Science & Technology (CAST), the MIT Department of Aeronautics and Astronautics and the MIT necstlab.

See CNN's November 2017 coverage of the "darkest thing on Earth" at this link...